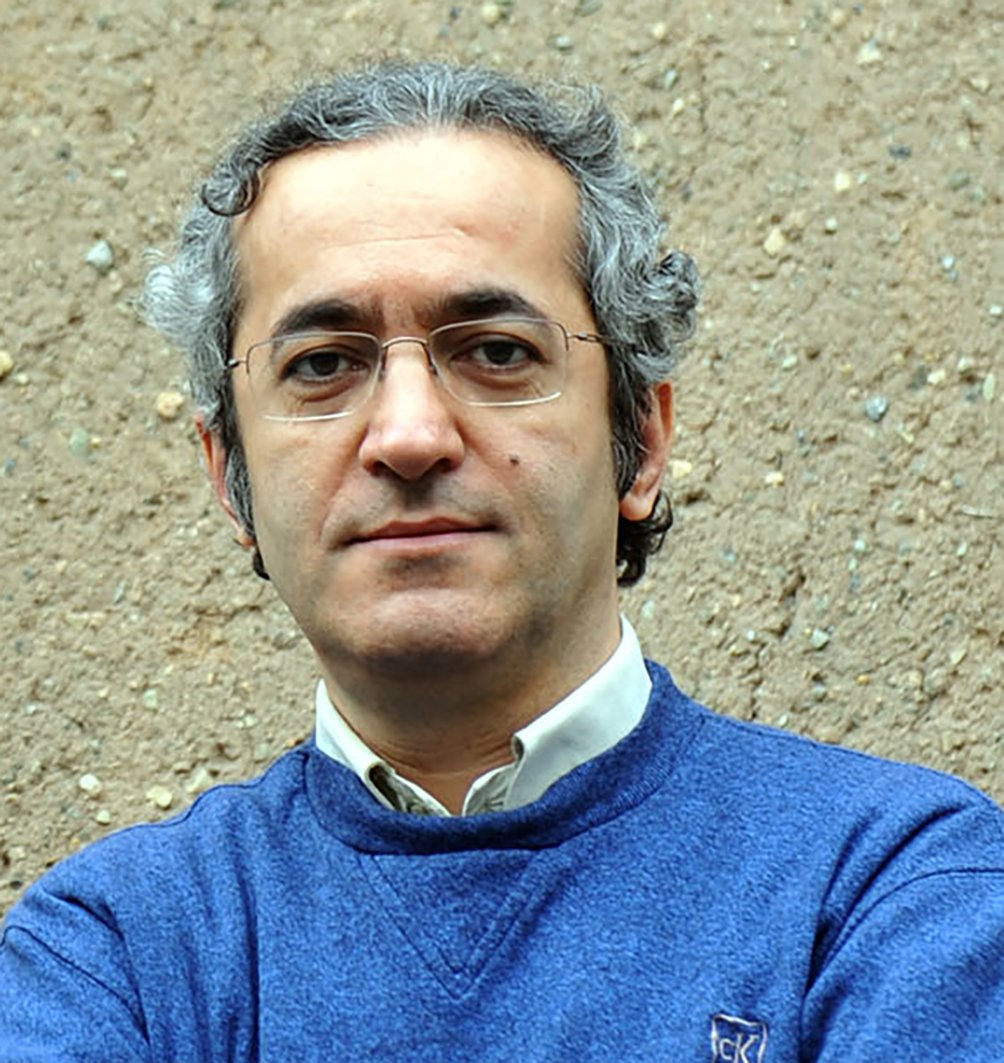 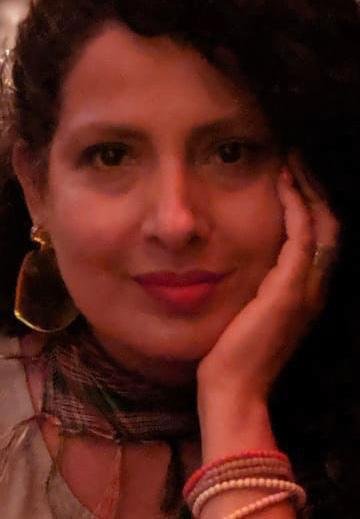 AIDA KEYKHAII is an actress, director, producer and theatre instructor, M.A in Play Directing, B.A in Acting. Some of her works as an actress: Drought & Lies, Proof, Winter 66, Writing in the Dark, Devilore, The Moon in Water, The Only Possible Way, Geranium, A Moment of Silence, KHISHKHANE, Face of a Virgin, Olive, Little Stars Of Darkness. Her works as a theatre director and producer: A Moment of Silence, The Pillowman, Dinner with Friends, Goodbye. Her works as a movie actress: We Are All Fine, Drought & Lies. Acting in TV Theater: The Curious SAVAGE, The Heart of a Dog, The Merchant of Venice, Winter 66. Some of her awards and nominations include The Iran Festival of University Theatre for Outstanding acting, Olive, Little Stars of Darkness; The IRANZAMIN Festival for Outstanding acting, KHISHKHANE; The Theater Forum of Iran award nomination for acting, Drought & Lies, Proof, and Devilore. The International Iran Festival of University Theatre Award for Outstanding Directing, Goodbye. 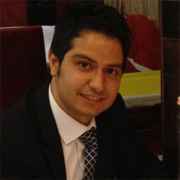 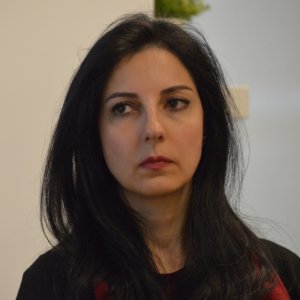 Nazanin Malekan is a graduate of English Translation from Iran, with some acting background in Farsi and French. She moved to Canada in 2005 and got involved with the NAGs – Nomads Acting Group - between 2006 and 2011, where she acted in minor roles and helped with the props, stage management and play productions. She attended Aida Keykhaii’s acting workshop in 2016 and was cast in “Dance of Torn Papers” as the workshop’s final acting project in Toronto. She joined Nowadays Theater shortly after and collaborated with the company in areas such as script translations, grant applications and other admin-related tasks. Nazanin Joined Mohammad Yaghoubi’s acting workshops between 2017 and 2018 and was cast in “Angles in Iran” as the workshop’s final acting project in Toronto and Waterloo. She is a utility corporate planner from 9 to 5, and an art and theater lover the rest of the day. 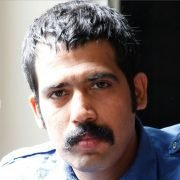 Aidin keikhaee is composer and co-founder of Nowadays Theatre group in Canada. Aidin Keikhaee has a PhD in Social and Political Thought, York University. 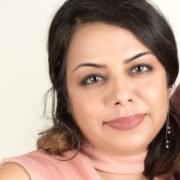 Annie Yao is a recent transplant from Montreal. She graduated from John Abbott College in Professional Theatre: Acting. She has a lot of experience with movement, fighting and comedy related performances but also loves any story with strong emotional content. Her last theatre performance was in Divine with Storefront Theatre. She is also known for starring in the webseries The Wok. Her recent film credits include Tough Gals (featured in Montreal ACTRA Shorts 2018) and Tag, You’re It. You will find her in the upcoming shorts It’s Carla! Your Agent!, LINKS and Tough Gals 2: Even Tougher.

Art Babayants is the founder and artistic director of the Toronto Laboratory Theatre (www.torontolab.org). He is also a doctoral candidate at the Centre for Drama, Theatre and Performance Studies (University of Toronto), where he is working on a practice-based research project investigating the phenomena of multilingual acting and multilingual dramaturgy.

Banafsheh Taherian is a bilingual (Farsi/ English) actress and voice actress living in Toronto. She is a self-motivated and enthusiastic voice talent with 10 years of experience on a wide range of projects requiring different voices on various TV and Radio Commercials, Dubbing, Narration, Video Games, live and pre-recorded announcements. She started her acting career with theatre in Toronto in 2012. Some of her latest works include ‘Thirty rubles for delicacy’ and ‘The cripple of Inishman’ directed by Siavash Shabanpour and ’Sleeping in an Empty cup’ directed by Aida Keykhaii, ‘Swim Team’ and ‘Dance of Torn Papers’ co-directed by Aida Keykhaii and Mohammad Yaghoubi.

Faraz Farsijani is a bilingual (Farsi/English) performer living in Toronto. He started his career in 2017, playing a role in Iranian movie ‘Pendulum’ in Toronto. He then attended Mohammad Yaghoubi and Aida Keykhaii‘s acting workshops and played in ’Angels in Iran‘, written and directed by Yaghoubi. ّIn November 2018, he played the roles of Sasan and Javid in both the English and Farsi production of ’Dance of Torn Papers‘, written by Yaghoubi and co-directed by Yaghoubi and Keykhaii. He recently worked again with NOWADAYS THEATRE in the English Premiere of The Only Possible Way written and directed by Mohammad Yaghoubi that was presented at Canadian Stage in March, 29-31st, 2019.

David is a designer, academic, teacher and hack of all trades. His designs have been nominated for three Dora awards, and he is in the third year of his PhD, which focuses on performance spaces in Toronto, and how they shape, and are shaped by, the companies that use them.

Jonathan Shaboo
A graduate of The Second City’s Sketch Conservatory, Jonathan’s career in comedy and theatre has allowed him to perform on stages across North America. His continued work with The Second City garnered him the chance to perform at the NBC Breakout Comedy Festival in Chicago and you can catch him performing weekly with The Second City’s Education Company. Apart from comedy, Jonathan is an avid singer songwriter and musical theatre performer, having recently come off the US national tour of Evil Dead: The Musical. Love you D.S.B!

Matt Jones is a writer and dramaturg. His most recent play was the collective creation, Death Clowns in Guantánamo Bay (2013). He is currently completing a PhD in theatre studies at the University of Toronto, where he researches theatre, live art, protests, and digital media performance.

Lara Arabian is a Dora-nominated artist who has worked in Canada and France as both an actor and director. She is excited to be part of Nowadays Theatre’s first English language production A Moment of Silence - khasten nabasheed. Upcoming: remounts of The Container (Theatre Fix) and Blood Wedding (Modern Times/ Aluna).

Mina Ketabian is an accomplished and creative make-up artist based in the city of Toronto. She has obtained her Makeup Artist Certificate from George Brown College and has since been working as a multi-faceted freelance makeup artist. She is very proud and excited to be part of the project of A moment of silent.

Mona Ketabian is proud and excited to be the assistant director of Mohammad Yaghoubi for the past three years and now in ‘A Moment of Silence’. She has also been working as an actress for the past fifteen years. Her most recent play was ‘Proof’ by the same director.

Parmida Kakavand is an emerging actor and musician. She will be returning to George Brown Theatre School for her final year in the fall. Parmida would like to say a massive thanks to Mohammad and the team for a truly special experience creating the English premiere of this iconic play. Khaste nabasheen!

Nicholas Koy Santillo - Actor
Nicholas is excited to be working on such a challenging and relevant piece of theatre as Dance of Torn Papers. Recent Toronto credits include REV. HALE in Hart House’s The Crucible, and JACK in Alumnae Theatre’s Importance of Being Earnest. He is a graduate of LAMDA and Concordia University, and has trained in the martial-dance performance style of traditional Beijing Opera, at the National Academy of Chinese Theatre Arts (NACTA) in Beijing, as well as in Western styles of stage combat – with BADC and FDC. Nicholas is represented by M2 Talent.

Pedram Khavarzamini, one of the world’s foremost Iranian Tombak players. Tombak is the main percussion instrument in classical persian music, He is teaching Tombak under the World Music Artist-in-Residence program at the University of Toronto. He has played with Ross Daly and Labyrinth, Habil Aliev, Mohamad Rahim Khushnawaz, , Zohar Fresco, …

Parya Tahsini- Actor
Parya Tahsini is part of 2000 ft Up Theatre Company’s production and acting team. She appeared in Siavash Shabnpour’s production of “Thirty Rubles for Delicacy”. She later portrayed a role in “The Cripple of Inishmaan” directed by Shabanpour. Parya attend Soheil Parsa’s acting workshop and appeared in his workshop performance of “As the Apocalypse Warms Up”. Parya worked as Assistant Stage Manager for multiple productions of Mohammad Yaghoubi and Aida Keikhaee’s Nowadays Theatre Company.

Paul Van Dayk A graduate of Queen’s University, Paul is a playwright, director, performer, and Artistic Director of Rabbit in a Hat Productions. In 2013, Paul participated in the Neil Munro Directors Project (Shaw Festival), and recently directed his plays Paradise Lost (Passe Muraille), Blood Wild (Next Stage Festival), and The Harvester (Toronto Fringe).

Sarah Saberi
Started acting at the age of 9. After moving to canada, she studied Digital Media and worked as the light technician, sound operator, graphic designer and stage manager for several shows and festivals. Sarah acted in "Conference of the Birds" (workshop presentation by Soheil Parsa), "The Only Way Possible"(Ahmad Khoshnevis), "The Kitchen" (Hassan Majooni), and "The Cripple Of Inishmaan" (Siavash Shabanpour). In Dec 2017 Sarah produced and directed her first theatre show "7 Menus”.

Sarah Marchand studied at the University of Toronto (MA Theatre) and Concordia University (BFA Honours Performance and English Literature). She is trained in burlesque, Beijing Opera, singing and clown. Awards: The Hnatyshyn Foundation’s Emerging Artist Grant in English Theatre (2013). Utmost thanks to Mohammad, Aida, and all the cast and crew for collaborating on this beautifully challenging piece.

Steve Vargo’s past credits as a stage manager include The Harvester, The Julius Caesar Project, I’m Doing This For You, Elizabeth – Darcy, Seams, Deepest Darkest, The War of the Clowns, Birth, The Deliverance of Juliet and Her Romeo, John and Beatrice, Peter and the Dinosaurs, Transit Diaries, Blooming , and the StArt Art Festival in Scarborough.

Tina Bararian- Actor and choreographer
Tina Bararian holds a BA in Film and Cinema Studies at York University, and a diploma in modern and ballet dance from George Brown College in Toronto. She has been awarded as the 2nd runner up in TCCSA’s (The Cross-Cultural Community Services Association) Youth Ambassador Competition 2012 and has performed on television and several dance theatre performances. Her recent work as an actor was ‘Dance of Torn Papers’ co-directed by Aida Keykhaii end Mohammad Yaghoubi.

Torange Yeghiazarian, born in Iran and of Armenian heritage, Torange holds a Master’s degree in Theatre Arts from San Francisco State University. Her articles on contemporary theatre in Iran have been published in THE DRAMA REVIEW (2012), AMERICAN THEATRE MAGAZINE (2010), and THEATRE BAY AREA MAGAZINE (2010)

Yousef Kashefifar is an Interior Designer and Decorator that has completed several projects in Iran, UAE and Canada. He has been active in Performing Arts in TV Shows and Theaters such as ‘Dance of Torn Papers’ by Aida Keykhaii.