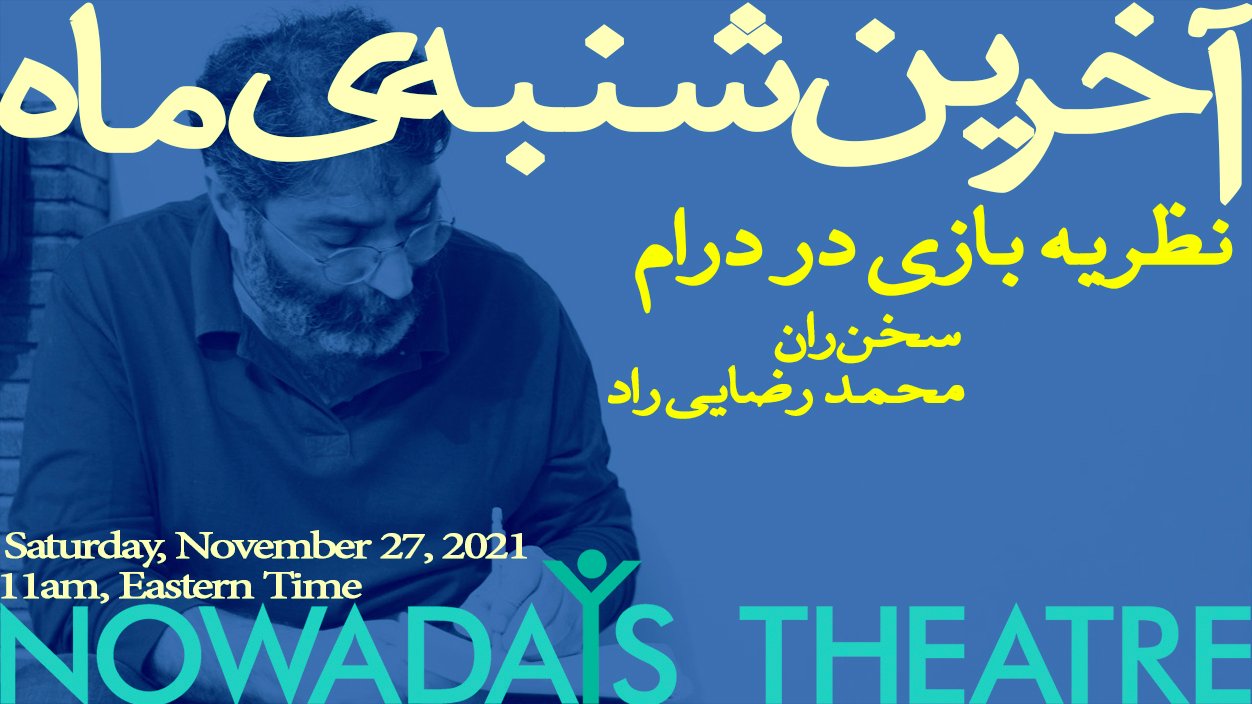 Short About the Subject

Guest Professor in Drama in Art University and Tehran Univiversity

“The Basis of Political Thought in Mazdaee Reason”, 2000, Tarhe No Publication.

“In Inferno I Wrote” (A Play), Nila Publication.

“The Stone Bosom of the Wall” (A Collection of Short Stories), 2011, Ilia Publication.

“The Reddish Lady, A Non-Sumptuous Spectacle” Written in 2012/Performed in Private Houses in Tehran in 2013

“Irrelevant Verbs to Agitate the Public”, 2012

“The Legend of Houram”, 1998 Directed by: Farhad Mehran far

“The House Under the Water”, 1999 Directed by: Sepideh Farsi

“Flame In the Wind”, 2011 Directed by: Farhad Mehranfar

From Behind the Window

Alamout, the Land of Shadows

English: Good at Reading/Weak in Speaking

The Last Saturday of the Month

We would love to see you among our audience members of our upcoming online talk on Saturday 27 November 2021, at 11am. It will be 2 hours long.

If you are interested in joining us, click here to register; and you will receive the zoom-link right after your submission.

Would you like to talk in our online monthly meeting about theatre or film?

Would you like to read your play or screenplay in our online meeting?

If you are interested in having a spot to talk, click here to go to the page and register.